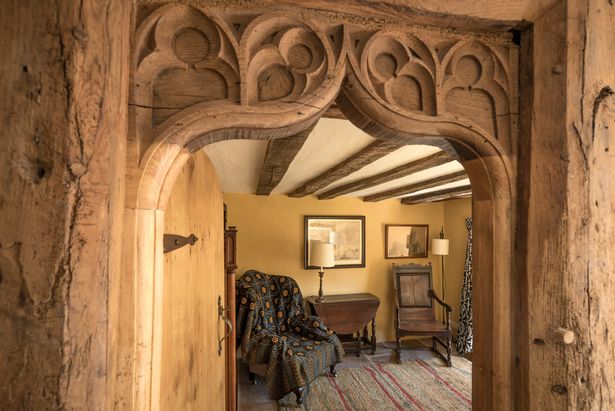 One of the restored rooms in Llwyn Celyn which is at Cwmyoy, nr Abergavenny.

Llwyn Celyn, which means Hollybush in English, built in 1420,  has been in continuous occupation since 1480 to 2014 when brothers Trevor and Lyndon Powell left the property.  Its thought provoking to think that the original tenants of this property may well have sat at the dining room table discussing the tumultuous events known as the Wars of the Roses particularly those of 1483 – 1485 which covered the death of one king, Edward IV, to the death of another,  his brother,  King Richard III at Bosworth.  Oh! if only those walls could speak. 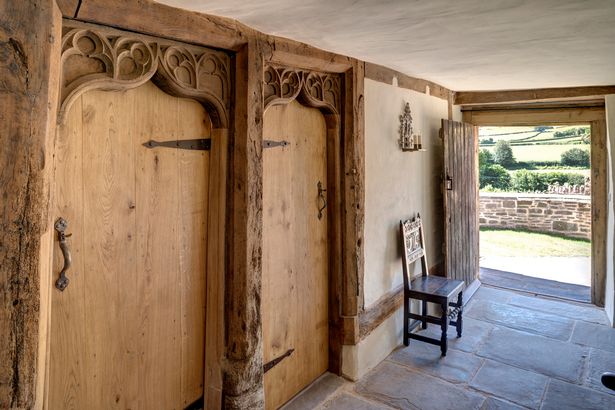 Two of the three ogee-headed door heads.  The farmhouse retains its original timbers on the ground floor.

After falling into semi dereliction, Llwyn Celyn, which was built on the edge of the estates of the Augustine Priory of Llanthony,  was lovingly and painstakingly restored  by the Landmark Trust Charity.   The renovation   (aided  by a grant from the National Lottery) cost over £4m and took two years to complete. 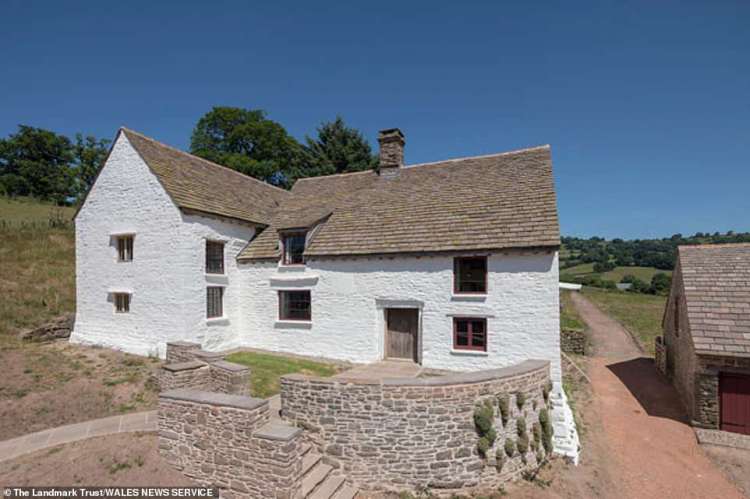 The farmhouse is situated at Cwmyoy, near Abergavenny, Monmouthshire.

The above photos are thanks to the Landmark Trust who are now renting out the property for holiday lets.  There is more information to be found here.