King’s College Chapel.  Dr Argentine is buried in a chantry chapel on the south side close to the altar.

In Kings College Chapel, Cambridge, just south of the altar can be found the chantry chapel where Dr John Argentine, c1443–1508, Provost of Kings College from 1501 until his death in February 1507/08, physician, astronomer and collector of books, lies buried.  A fine memorial brass covering his tomb depicts Dr Argentine in his doctors robes.

Dr Argentine, who spelt his name variously as Argentem or Argentein (1) was born in Bottisham, Cambridgeshire into a family that were prominent supporters of the House of York and he is remembered mostly, thanks to Dominic Mancini, as being physician to Edward V, and, it could be assumed, also physician to Edward’s younger brother, Richard of Shrewsbury.  Mancini described Dr Argentine,  Argentinus medicus,   as being among the last of those to visit Edward and Richard in the Tower of London before their mysterious disappearance around June/July 1483.  Mancini who spoke little if any English would no doubt have been mightily relieved to meet someone who having spent a long time in his homeland, could converse easily with him in either his native Italian or Latin.

Mancini is responsible for passing on the learned doctor’s recollections of those visits to the Tower i.e. that the young Edward ‘like a victim prepared for sacrifice sought remission of his sins by daily confession and penance’  in the belief that death was staring him in the face (2).   Alternatively Edward  may have been merely suffering from low spirits and angst due to the fact that his  imminent Coronation had been cancelled and the crown firmly removed from his grasp.  Tellingly Dr Argentine omitted any mention that Edward was suffering from a raging toothache which puts to bed any likelihood that the infamous urn in Westminster Abbey actually contains the bones of Edward and his brother, as the jaw bone of the oldest child shows clear signs of ‘a chronic and painful condition which led to deformities in the jaw bone  – possibly either osteitis or osteomyelitis’ (3), a horrible disease which no-one would have failed to notice, especially his doctor , but why let common sense stand in the way of a good myth – but I digress.

Dr Argentine, having served successfully under both Edward IV and Richard III went on to become physician to Henry VII’s son, Arthur, Prince of Wales and dean of the chapel of the Chapel of Windsor.   It should also be noted that  after 1485 Argentine was also presented to a ‘series of lucrative benefices, prebends, and canonries by his friends Archbishop John Morton and Bishop John Alcock of Ely as well as enjoying the fruits of royal patronage (4) .  Didn’t he do well!  We should bear  this in mind when we ask the otherwise unfathomable question why he was not asked, as far as we know, to examine that most convincing and troublesome of all the pretenders to the throne, Perkin Warbeck. 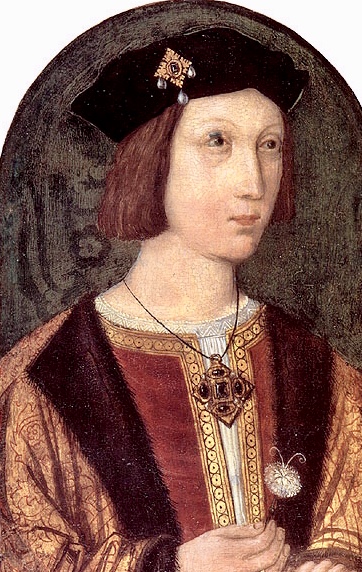 and his friend John Morton https://sparkypus.com/2020/07/03/cardinal-john-mortons-tomb-in-the-chapel-of-lady-undercroft-canterbury-cathedral/

5 thoughts on “DR JOHN ARGENTINE – PHYSICIAN TO THE PRINCES IN THE TOWER.”