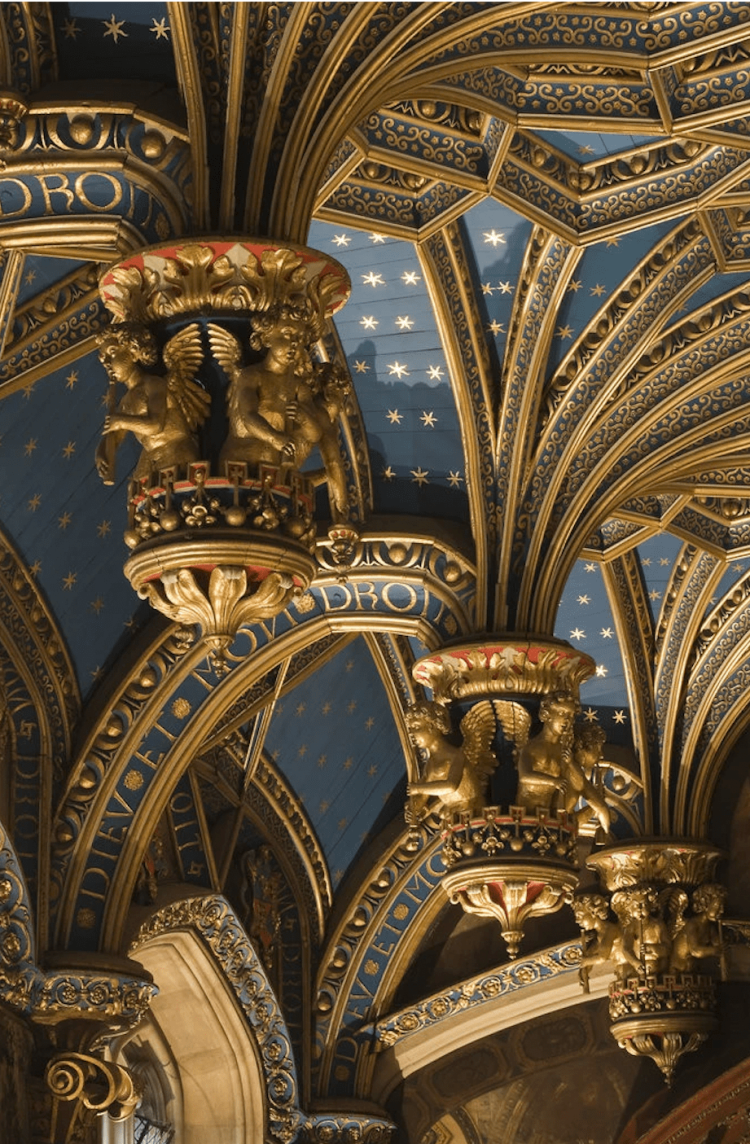 The main reason, and perhaps the only reason,  why the bones in the urn in Westminster Abbey supposedly to be those of the sons of Edward IV known as the Princes in the Tower, Edward of Westminster and Richard of Shrewsbury   cannot be re-examined is because the Abbey is a Royal Peculiar and is thus owned by the Queen who has refused to give permission for this to happen.     Are there any more Royal Peculiars?  Yes there are – fortunately  none of them have mysterious urns containing even more mysterious bones that are crying out to be examined and maybe help towards solving a 500 year old mystery and proving Richard III innocent of the heinous crime of having his brother’s sons murdered in the Tower of London.  They are : 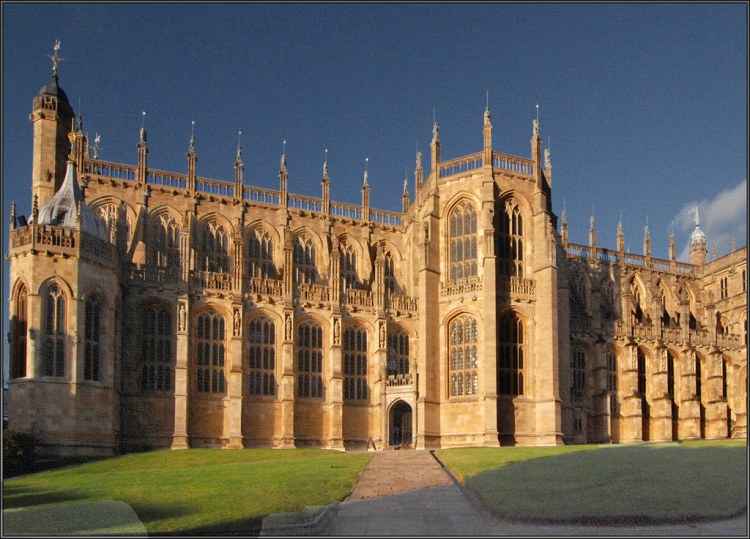 The glory that is St George’s Chapel, Windsor.

Edward IV,  father to Edward of Westminster, for a short while Edward V,  and Richard of Shrewsbury, lies buried here as once did the boys mother Elizabeth Wydville although her remains are now lost.  Another two of Edward and Elizabeth’s children were interred here, Mary  aged 15 and her brother, three year old George. 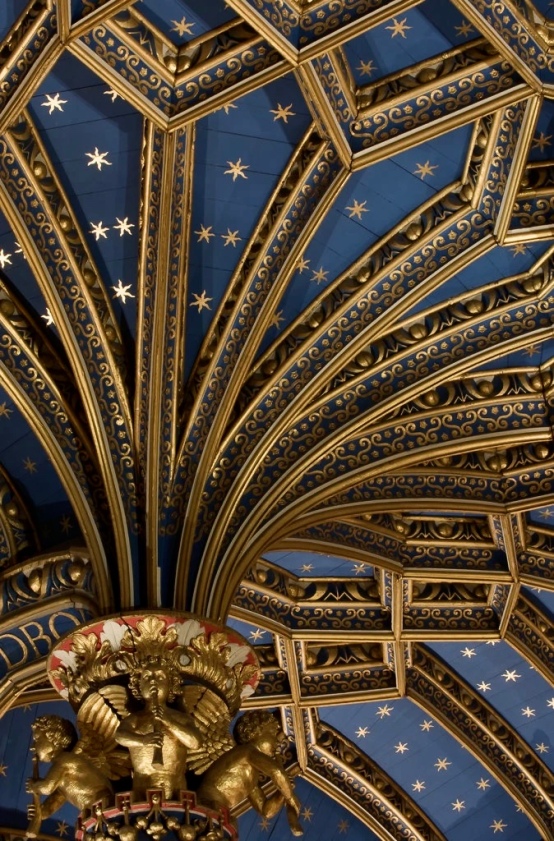 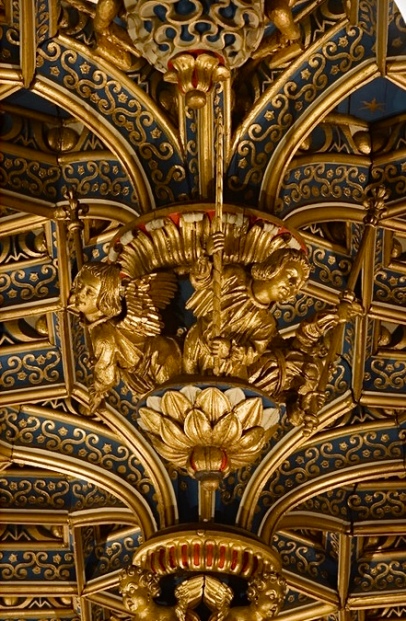 Originally built by Cardinal Wolsey.  What can be seen of the chapel today is the result of two major refittings by Henry VIII with little of the Wolsey decor remaining.   For an interesting link to the chapel click here.

Built around 1530 by Henry VIII on the site of a leper hospital run by the Augustinian order of  monks.   What became of them and their patients?   Altered in 1837 with much of the  Tudor interior decor swept away.    Original ceiling said to have been painted by Hans Holbein.  Bomb damaged from the War has been repaired and now the chapel is used regularly by the royal family including Diana Princess of Wales lying in repose there prior to her funeral in 1997 and lately  the christening of Prince Louis. 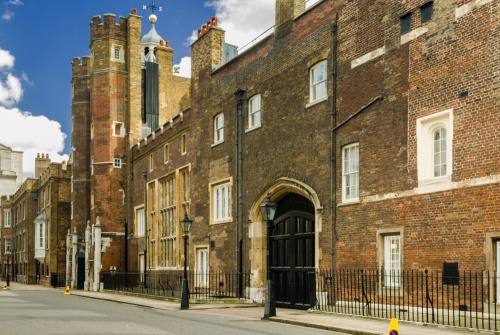 The rather austere facade of the Chapel – see the window between the tower and the black gate.

The Queen’s Chapel of the Savoy,

Built where John of Gaunt’s Savoy palace once stood until it was destroyed in the Peasants Revolt 1381.     Henry VII left instructions in his will for the creation of  a charitable foundation to be known as the  ‘Hospital of Henry late King of England‘ which was completed in 1515 to provide a night’s lodging for 100 ‘pour and nedie’ men as well as ‘rogues and masterless men‘ who had fallen on hard times.   Dissolved in 1771 and falling into a poor state it was  finally demolished in the 19th century.   All that remains today  is the Chapel of St John the Baptist, now known as The Queen’s Chapel of the Savoy.  For more information on the Chapel click here 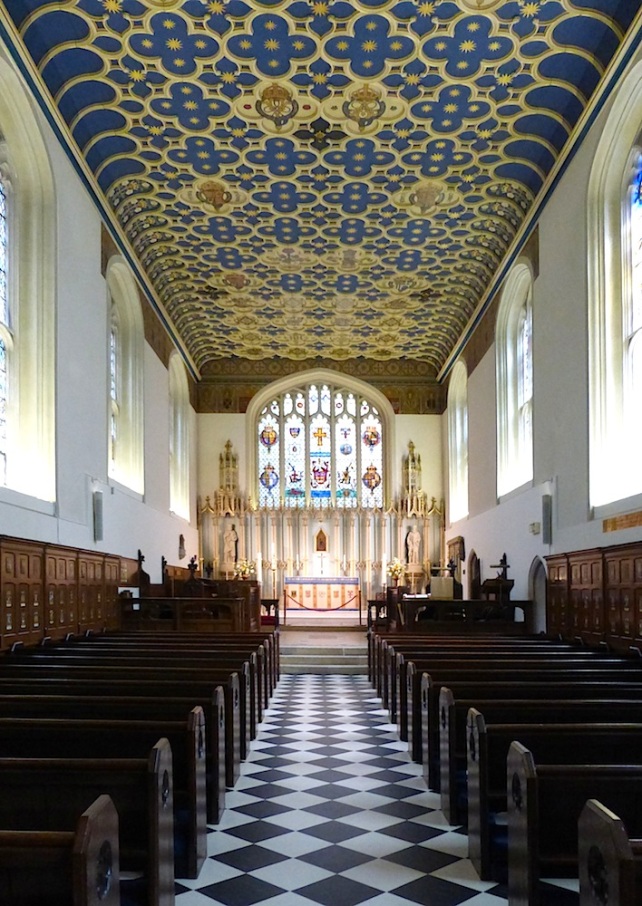 The Queen’s Chapel of the Savoy as it stands today.  Repaired in 1723 and hemmed in by modern builds the Chapel stands as one of the remarkable  survivors of Old London.

Original chapel may have been built around 1100, possibly even earlier,  and would have originally stood outside the perimeter of the Tower of London.  The one we see today built around 1519 after the previous one was destroyed by fire in 1512.  Interior dates from 1876 after yet another fire in 1841.    Burial place of some of Henry VIII’s better known victims including two wives,  Anne Boelyn and Catherine Howard, hapless Lady Jane Grey and her husband, Sir Thomas More and Margaret Pole, Countess of Salisbury, one of the last Plantagenets.  An interesting link can be found here. 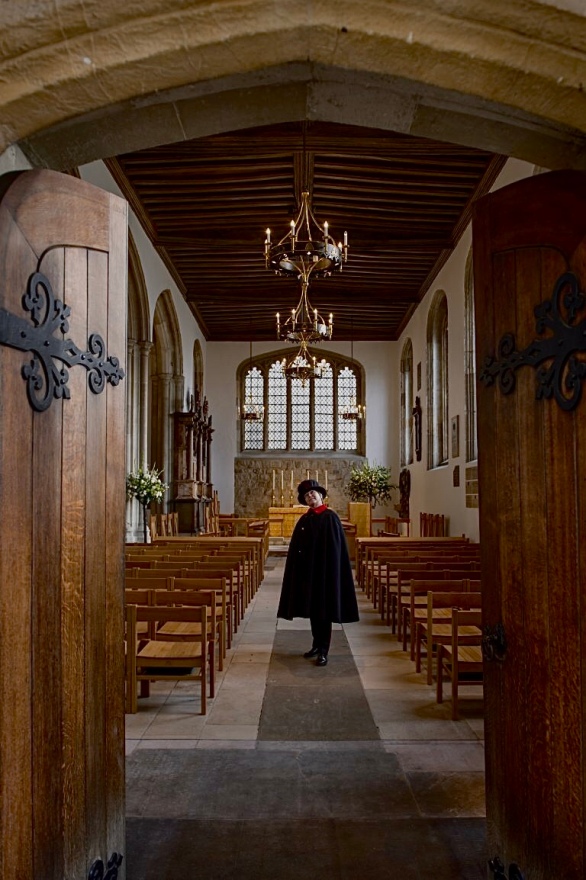 St John the Evangelist in the Tower of London 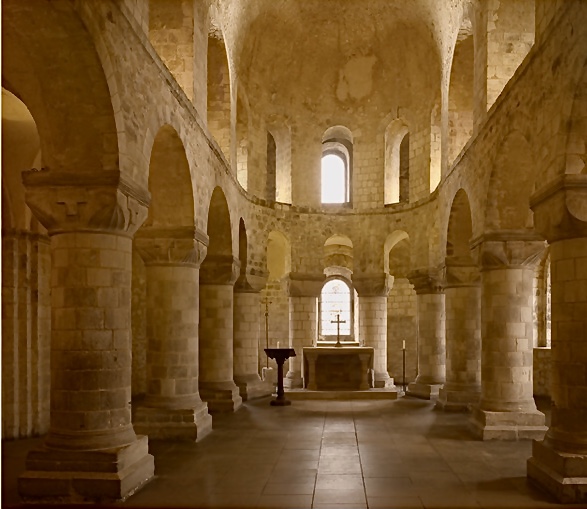 The stunning simplicity of the Chapel.  Photo James Brittain 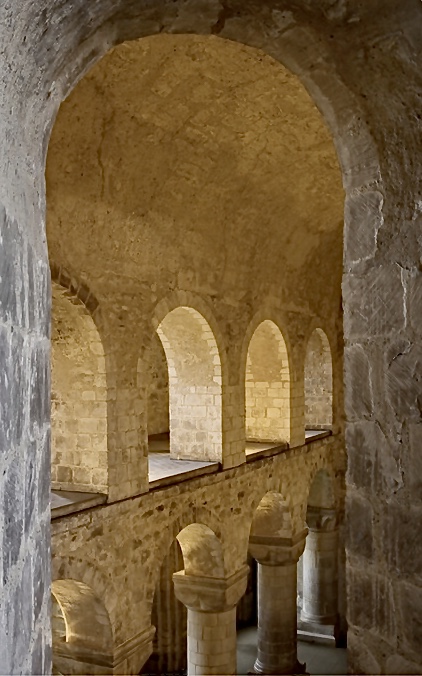 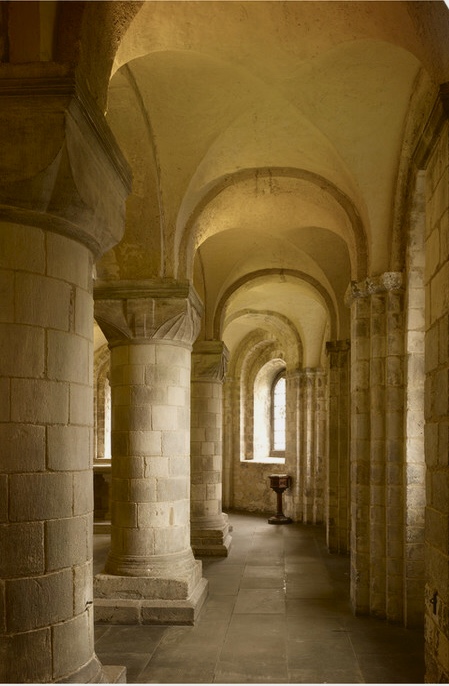 This chapel, stunning in its simplicity, is 900 years old.  From here in 1381 Simon Sudbury Archbishop of Canterbury and Lord Chancellor was dragged out and taken to Tower Hill where he was beheaded by the mob during the Peasants Revolt.   It was also here in 1503, after her death in childbirth while she was in residence at the Tower that Elizabeth of York’s body lay in repose before her burial in Westminster Abbey.   Connected to what were then the Royal Apartments this beautiful chapel has been used for prayer by all monarchs while resident in the Tower.  Astonishing!

The Royal Foundation of St Katharine. 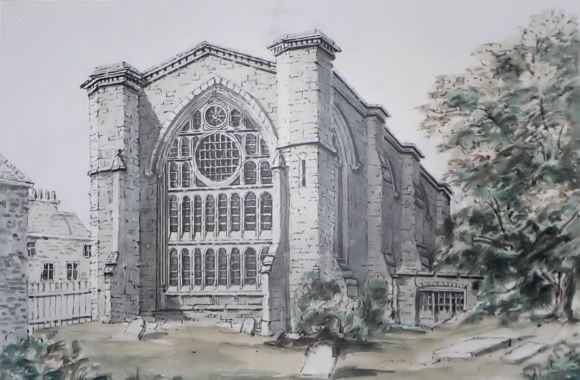 The Chapel and Hospital of St Katherine’s prior to demolition.

Today nothing remains of the  ancient church founded by Queen Matilda, wife of King Stephen in 1147 having been demolished in 1825 to build St Katherine’s Docks.   Matilda described the Foundation as “My hospital next to the Tower of London”.   Stood close to the Tower of London.  When in use as a hospital it is probable the patients would be cut off by a screen when services were being held. The Royal Peculiar survives to the present day as the Royal Foundation of St Katharine To read more about the history of St Katherine’s  click here.

The Bones in the Urn again!…a 17th Century Hoax?

9 thoughts on “ROYAL PECULIARS AND THEIR PECULIARITIES”